It was about half past 7 in the morning. Yes, it was a Saturday, and most people usually woke up late on Saturdays. But these were different times - the fruit vendor knew this all too well. He had managed to get hold of a wonderful spot, located bang in the middle of three housing colonies. There was a dairy shop right behind him and only a couple of vegetable vendors nearby. And to think that just a few days ago, this place was swarming with people selling all kinds of stuff - street food, toys, newspapers, cheap Chinese electronics, detergents...the list was endless. When the lockdown was suddenly imposed, most of them had left the city in a jiffy to get back to their hometowns. The unlucky ones who were late in reacting had to walk it out.

The fruit vendor thanked his luck. Finally, there would be no squabbling for ideal spots, no extortion by local goons or corrupt officials and no competitors. The icing on the cake was the fact that given the lower availability of essentials, there would be no bargaining by buyers either. It meant one thing and one thing only - profits galore.

He examined his cart yet again, like all fruit vendors do. Fruits might be extremely perishable items, but 'prolonging' their shelf life was an art he knew like the back of his hand. Stock simply had to look fresh. So a little camouflaging under packaging here, some stale portions to be kept out of sight under a pile there, a little sprinkling of water to bring the produce back to life somewhere else. Presentation is a hard job.

The cart displayed a lot of variety - there were bananas, there were apples, there were oranges and sweet lime, there were a few watermelons and musk melons in the far corner. The grapes were kept safe in cardboard boxes laced with straw. And then there were strawberries.

Now strawberries are fussy customers. They look juicy and mouth-watering only when they are wet. They go dry and limp very easily. But he had a solution.

He quickly opened up all the transparent plastic boxes holding the strawberries - about ten of them. Then he took out all the strawberries that were in the topmost piles, licked them and put them back. He stopped only after he was fairly satisfied that all were shining. Today was going to be a good day.

Anshuman suddenly appeared in front of him - almost as if out of thin air.

"I have no religion except profit Sir. I like keeping profitable names."

"Most of the people in the building behind are Christians, so today I'm Munna Michael. If I was standing in front of a Hindu-majority colony, I'd be Babu Bhaiyya. If it had to be a Muslim colony, I'd be Sukhda Salim."

Anshuman continued scratching his head, "What about a Sikh colony?"

A frown appeared on the fruit vendor's forehead, "What do you want Sir?"

"You see that gate there?"

"I'm the Secretary of that housing society. We need some vendors to come inside to sell their stuff."

"Why can't they walk it down? It's hardly any distance away", the vendor protested.

"We can earn a handsome profit if you could bring your cart down there."

"Oh, profit is my religion too!"

"Make that fifteen and we have a deal. They're not going to bargain anyway." 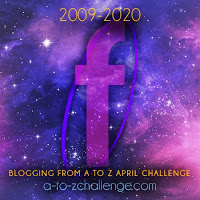