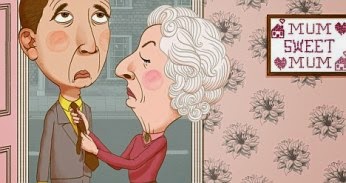 I've grown up as a Momma's boy. During my teenage years, my mom was always protective about me, and always telling me what to do and what not to do. But I never complained. I kinda liked the attention and the thought that someone cared so much about me.

Today, I'm in my early thirties. I became a Father of a handsome lil boy this November. But I realise that I'm still Momma's boy (or so she thinks). She still says things to me that she would when I was a teenager. Some of these things are really embarassing, especially when said in public.

The following are some things that, although some bystanders might go "aww" listening to, moms should NEVER EVER say to their grown-up 'kids' in public:-


Has anyone been through worse? Awaiting your comments. Maybe it'll make me feel better :p