This post has been published by me as a part of the Blog-a-Ton 29; the 29th Edition of the online marathon of Bloggers; where we decide and we write. To be part of the next edition, visit and start following Blog-a-Ton. The topic for this month is 'TWO MINUTES'. 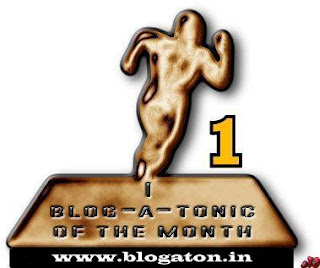 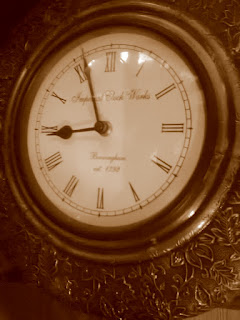 Butch Arnold felt his face for signs of stubble. It never felt smoother. He couldn't remember the last time he had shaved. It felt good, but only momentarily. In less than an hour it'd all go to waste. He was to die at the gallows today.

He leaned against the dirty wall of his cell, eyes fixed on the floor. He thought about how life, as he knew it, was going to end without him having accomplished his goal. How close he had gotten. He thought about how those darned detectives had gotten the better of him, just before he could have completed a milestone. What a shame! His mind dwelled upon his diary, and his eyes turned moist. He didn't notice the sound of quiet footfalls nearing his cell.

The guard stopped right in front of the door. "Dead man thinking, eh!!" he sniggered, careful not to graduate to full-fetched guffaws.

Butch raised his head. "Are we ready to go?"

"I hate to ask, it really doesn't matter much to me...", the guard stifled a smile, "...but I have to ask you something before we send you packing."

"Sure, go ahead", said Butch, eyes now fixed on the ceiling as if looking towards the heavens.

"Uhm, okay", the guard let out a long-drawn yawn that seemed to echo through the corridors of the prison. When he was done, he cracked his fingers, placed both hands behind his head and asked uninterestedly, "Any last wishes?"

Butch's face hardened. His mind immediately drifted towards something. He stood up, dusted his pants, wiped the sweat off his brow and said, "I want five minutes alone with my DIARY and a watch."

The guard suddenly froze. The wretched DIARY. The very thought of it made his stomach clench and sent a sudden shiver down his spine.

"I don't think I can do that. I can give you the watch and five minutes though."

"Whatever happened to kind gestures to a dying man?"

"Ask for something else."

"Nothing but my DIARY!!"

"You shouldn't have asked then!!!", Butch thundered back, his hands clenching the metal bars separating them. His eyes were bloodshot and his voice commanding. The guard was taken aback at the vulgar display of temper.

"Hey, alright...alright...relax...I'll see what I can do." The guard quickly turned around, leaving the prisoner alone once again. A faint smile returned to Butch's lips, probably for the first time since the dream he had the night before. He sat himself down, closed his eyes and waited.

About fifteen minutes later, the guard returned with a heavy book and a digital clock. He passed it through the bars. "Here you are my friend. It's 8.46 AM now. Five minutes then?"

"Of course", said the guard, already turning away.

Butch sat down. He gently placed his diary on his lap. He ran his fingers over the cover. Legend was rife that Butch's diary was covered with human skin. The thought amused him. Only he knew that wasn't completely true.

He flipped the book open. It had initials. Each initial had a serial number as a prefix and a date for a suffix.

His eyes scanned through all the entries. It took him barely over a minute to reach the last entry.

Tracy Scholes, he remembered vividly. He smiled as he recollected the look on her face as she lay dying.

He closed the book and his eyes, almost in perfect harmony. He couldn't let this happen. He couldn't remain stranded on 99. There was only one way Butch Arnolds was gonna go down in history.

He opened his eyes again. He turned the book on its side and used his nails to scoop out the hidden cabinet it concealed. He opened it and yanked out a device with a pen at one end and a small knife at the other.

Carefully, he made the 100th entry in his diary.

He looked at the watch. It was 8:49 AM. The guard would be back in two minutes. In two minutes he'd be walking towards the end of his journey. But he wouldn't be going with regrets. He was glad he'd found a way to accomplish his mission on earth. He'd go with a smile. Just two minutes, and he'll be done. He sat down in a corner of the cell, with his back to the cell's door. He then picked up the weapon and held it under his chin.

Just then, the guard came back. "Butch Arnolds, five minutes up?"

Butch yelled out without turning back, "You promised me five minutes! I have two minutes left!"

"Oh no you don't", said the guard, still struggling with his keys. "I'm sorry, but you're scheduled to hang at 8.55 AM. I'll have to get you going right away."

"It's Astley...Brad Astley.", he said with a wry smile, completely oblivious to what was about to transpire in the next few moments.

The fellow Blog-a-Tonics who took part in this Blog-a-Ton and links to their respective posts can be checked here. To be part of the next edition, visit and start following Blog-a-Ton.